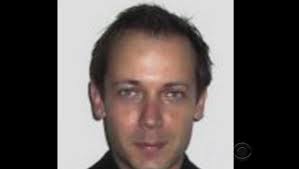 DUSSELDORF,Germany (3/31/15)--I have waited for an entire week before responding to the deliberate German plane crash in the French Alps by co-pilot Andreas Lubitz, to see if the Obama controlled media would reveal this story truthfully.

Today marks the beginning of the 2 nd week since that disaster and not even a brief mention was seen in the mainstream media  about the Islamic websites praising Allah for their newest martyr. It is unlikely that those posts were put up for a gag or for perverted mischief. Especially with many of those quotes in Arabic, which you will see.

Many of these tributes are in English and Arabic which you can see by going to: http://pamelageller.com/2015/03/germanwings-co-pilot-andreas-lubitz-praised-on-facebook-our-holy-martyr-lubitz-died-for-our-prophet.html/

The Obama cover-up media blamed the crash upon a mentally unstable pilot who suffered depression and had considered committing suicide. This has been the emphasis throughout. Too much emphasis brings suspicion.

Other media sites state that Lubitz was a Muslim convert . We saw that possible explanation when the news first broke, by the fact that the co-pilot locked the senior pilot out of the cockpit before nosing the plane down to its total destruction killing everyone on board. We cocked an eyebrow when it was mentioned that Lubitz had taken flying lessons in America, which is where every Jihad Muslim learned how to operate a plane before using airplanes as bombs such as the 9/11 attack upon America.

Then, there was six weeks that Lubitz took time off from Germanwings. The purpose of that has not been explained and at this very moment, airline authorities REFUSE to answer that question, stimulating the possibility that he used that time to train for ISIS attacks against citizens.

Why have authorities refused to release the conversation tapes or content from the black boxes which have been found? Did he possibly yell: Allahu Akbar just before the plane crashed into the mountain side? By obviously hiding what was on the cockpit tapes places the entire event under extreme suspicion.

Being secretive and withholding facts seeds the plants of suspicion that might not exist otherwise.

The authorities including Obama will NOT call this an act of terrorism. Not now, not in the past nor will they in the future. The fact of misrpresenting and slanting facts, as always, is a dead giveaway when the Obama propaganda machine denies any disaster as an act of terrorism.

That was the first thing stated in this case, and in the Ft. Hood Shooting case where the Islamic officer opened fire on staff there killing and wounding many American military personnel. Indeed, Obama declared – now get this – Do not jump to conclusions or rush to judgement about this. Really?

The propaganda media has centered on the fact that the co-pilot, Andreas Lubitz, had mental problems, was depressed and suicidal. Plus he had broken up with his girl friend. Many sites suggested that the girl friend was Muslim and that he had met her through MUSLIM FRIENDS. For some reason the media have released no information or a photo of his former girl friend. Why, since she is an important part of the event and story?

But the mental illness facade is an effective smokescreen to conceal the real motive behind the crash, that violently killed 200 people. The Obama controlled media have purposely avoided a public examination of these probabilities simply because Obama, who was raised Muslim, stated in his own writings that in the event of a problem, he would always stand with Islam.

But wait, it is unlikely that this confused German pilot who suffered depression, suicidal thoughts and overall mental problems would join the Muslims in their war against the world. BUT WAIT! That is exactly what makes a superb candidate to take part in this violent religion – one who feels detached from society, a lack of social acceptance, a feeling of un-appreciation, one who does not fit in, never feels totally anchored, and one who really is not sure who he or she is.

The greatest recruitment facility for Muslims is the jails and prisons that are peopled with misfits, the disenfranchised, loners with a chip on the shoulder, and those who felt and feel that life is unfair.

These are the people who are the easiest to recruit, manipulate, lead, and command. For the first time for many, their life can finally mean something at least to themselves, provide a purpose in life, to get serious attention,and become an accepted part of a community, which seems to be the most important of all according to those I've talked to.

It is also a time where they can feel in control of life by killing others. That, to them, is power, something they never felt they had before. In their sick minds this is especially so when their victims desperately plead for their lives. This gives them a feeling of total control along with a sense of great power and importance. This is the anatomy of Islam.

Too many suspicions have been raised by the silence on the major points of this event for the news as given to be trusted. Whenever a story breaks in the news media that captures my interest, the first thing I do is check and research thoroughly to find exactly what that story is REALLY about.

Obama has constantly worked to assist the Islamic cause. He has put an alarming number of Muslims into staff positions in Washington, D.C. including the placement of them in the office of Homeland Security which in turn gives them access to all intelligence reports and preparations.

Obama celebrates Islamic holy days in the White House while excluding Christian Holy Days acknowledgement there. He bows down low to Islamic leaders, he gives a Muslim finger signal for the benefit of Muslims who understand the significance of this signal, which means that everything is under control. This Muslim signal by Obama has been photographed on many occasions in many different settings. By his own admission, Obama has but one loyalty which is towards Muslims and Islam.

So what about that disturbed co-pilot? Is he or is he not a Muslim convert? Was that plane crash a dedicated act of Jihad? And if not, why are Muslims world-wide celebrating it and praising Mr. Lubitz? By the cover-ups, manipulating news reports and fully maximizing the mental condition of the co-pilot, this appears to be a diversion to draw attention away from the real possibility that yes, this really was an Islamic action. Only time will tell.

Meanwhile, the Senate and Congress have not made one move to have this traitor and imposter removed from The Oval Office. Why?

Photo Caption: Andreas Lubitz – Is He or Is He Not?