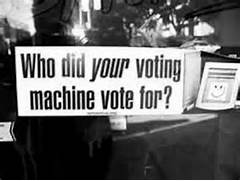 No sooner did Donald Trump accept his nomination as the GOP Candidate for President, when the Obama-Hillary cartel began the planning stage of sabotaging the coming presidential election to block Donald Trump from taking office. Voting machines are being rigged, exactly as they were during the Romney-Obama race, and non-citizen voters were recruited, many casting multiple votes for Obama..

Dead people 'voted' according to voting records. In Michigan, busloads of Somllian refugees were bused in by democrats, taken into voting places, and instructed how to vote, and of course, WHO to vote for. This is all documented. These were not citizens and some were in this country illegally.

Voting machines, supplied by George Soros, were rigged to automatically receive an Obama vote, no matter who the voter actually voted for. This too is fully documented.

The votes cast could have been legitimate votes, had the 'voters' been required to show a photo ID. Of course the sheer number of these phony votes is what put Obama over the top. He was NOT voted in, but PLACED in the Oval Office.

The Socialist Communist media is giving a push against requiring photo IDs in order to vote. This propaganda started the moment Trump was chosen to be the front runner nominee. For the past three straight days the newspapers published Associated Press stories to challenge voter ID laws.. One of their headlines, dominating the page, blared: "5th Circuit Court Strikes down Texas Voter ID Law.," Another AP headline over a feature gleefully stated: "Court Rulings Take Bite Out of Voter ID Laws, while the hysteria in Kansas proclaimed: "Kansas Sued over Voting Rule for State, Local Races.

And here is the reason they give as to why these voter ID cards should be abolished. "To be required to produce a photo ID card to vote is 'discrimination against minorities (black people). It is racist since this limits a persons' ability to vote, which violates the Federal Voting Rights act." Not only that, they regurgitated further, the poor cannot afford to get a photo ID. How's that again?

One black military veteran complained to AP that "Leaders tell me that I have to show a bunch of extra documents before I can vote." There is only one document needed, a photo ID to verify that you are who you are and where you live. Period!

What is more, the voting photo ID is FREE. No cost. Indeed, a photo ID is necessary to get welfare, food stamps,Section 8 Housing, a driver's license, library card, medical services, plus, you must show a photo ID, any photo ID, to be able to enter a Federal Building.

So this excuse, framed by the ACLU who is pushing against this rule, is a total LIE of propaganda in order to add conflict amongst citizens as well as padding votes for their favored liberal candidates.

It doesn't take much to figure out WHY Hillary-Obama do NOT want voter IDs to be required in order to vote.

Our sincere thanks to an anonymous minister friend who gathers stats for this column.