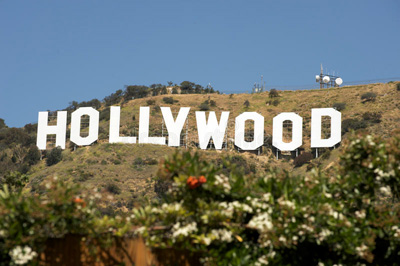 For years, Hollywood deftly swept all the sexual exploits, (straight gay and inventive), under the red carpet. That carpet was difficult to peek under since everyone walked or marched over it.

Hollywood's bizarre secrets were located right under everyone's noses, so close that nobody actually noticed. If they did, everyone kept their mouths shut.

Something not so secret from the early days, was the infamous Casting Couch, which was a multi-functional office fixture that served many purposes including casting parts for new films.

They were clearly seen in every producer's office. Even though well known, when it was mentioned in discussions, people spoke in whispers.

Movies began changing tone – which all started when Clark Gable in the final scene of Gone with the Wind said to Vivian Leigh, "Frankly my dear, I don't give a damn!"

Shocked audiences gasped. That was to be the first time that a swear word had ever been uttered on screen.

From there language in film gradually became street talk, then "F" words, even blasphemous words and just plain gutter talk. Then the movies began having explicit sex scenes. So much so that one actor said, "Now they are doing on screen what they used to do off screen in order to get on screen."

In the early days, there was indeed a strict morality code. Any hanky panky on or near the set would make the front pages while ending careers. Adultery, when found out, even while overseas would hit headlines and the careers of both went down the tubes.

This means that in their private lives as well as their public lives, they had to exhibit appropriate conduct at all times and present themselves properly at all times. They had to be well groomed, neatly dressed, (mostly in suits), anytime they were in public. After all, they represented millions of dollars in investments in their films.

You would never see an actor or actress on an interview program with unwashed hair going in all directions, "five o'clock shadow" – remember that? – when one had a partial beard (fuzz) simply for not shaving and dressed like they had just fallen out of a trash bin.

One would never hear curse words, vulgar words, gutter talk in general. Today movie dialogue contains many "F" words, "S" words (advanced word for bowels) and all slang street talk, not only in their films, but constantly in their personal lives.

A good example is reading interviews in The Hollywood Reporter, especially the actresses – women, who constantly use those words which are printed in full. Why do the women use more "F" words in everyday conversation than the men?

Then cometh Harvey Weinstein, who was under the impression that all women in his path were created solely to satisfy his out-of-control lusts.

Weinstein was one of the wealthiest most influential people in Hollywood who could make or break a career simply by his word. Nobody dared cross him.

In the early days of Hollywood, movie stars were really movie stars by the way they conducted and carried themselves. There was a strict code of ethics and morality. Even portrayed married couples slept in twin beds. Every movie first was screened before the Hayes Movie Code, basically censors, who checked all content.

That board also had a code book that went to every producer's office, explaining among other things, 'no scene shall be shot that will stimulate the lower emotions.'

There would be a credit before each movie stating that this movie has met the criterion of the Hayes Movie Code.

Senator Joseph Raymond McCarthy a Senator from Wisconsin was a patriot who was appalled at the number of Communists he found in government positions. In the 1940's he found 205 Communists working on Capitol Hill in the State Department!

He then focused on the motion picture industry where he saw subtle Communist references. In the 1950's he joined the House Committee on Un-American Activities (HUAC) and trials were held to determine if an actor was or had ever been a member of the Communist Party. The Senator feared that the Party would influence movie audiences to embrace Communism.

Those actors, writers and producers who were tried, wound up on a "black list" meaning that no one in Hollywood could hire them.

Dalton Trumbo, a gifted writer was one of those blacklisted. Even though a brilliant writer nobody would hire him to write the screen play of an upcoming movie. In later years, he started again, but using a new name. Most of the producers knew who he was and the quality of his work so they went along with the name change for the screen credit.

Senator McCarthy knew his history. When Hitler was coming into power he wanted to purge all Jews from Germany, indeed from humanity. Several Communist Jews there worked in films and quickly escaped Germany to come to the U.S. where they almost immediately found employment in the fledgling movie business.

And they brought their Communist roots with them. These filmmakers, very skilled, grew in power as the movies turned from entertainment to indoctrination. This was the concern of Senator Joseph McCarthy.

The movies became anything BUT entertainment as they glamorized every form of filthy lifestyles, increasing movie-goers taste for the bizarre and bringing us to Harvey Weinstein who sexually harassed, raped and fondled too many women to count.

Movie attendance had already begun to drop with less box office returns. Business became worse. Then, Producer Harvey Weinstein blew up due to sexual accusations. He was kicked out of his own studio while more sexual violations exploded from all studios. Even Fox News made the front pages for Sexual harassment crimes that took place there.

Millions of dollars have been lost, millions spent on re-shooting scenes in order to put another actor in place of the one who could not keep his zipper activated.

The movie, All the Money in the World had already been shot with Kevin Spacey in the lead role. Spacey who preferred little boys was caught. It cost the movie company an extra $10 million to re-shoot those scenes with Christopher Plummer taking over the lead role.

Moral Turpitude is now included in every studio contract with broad morality clauses into its talent deals, giving it the ability to terminate any contract "if the talent engages in conduct that results in adverse publicity or notoriety or risks bringing the talent into public disrepute, contempt, scandal of ridicule."

It's about time that morality, decorum and responsibility return to those in a public life. Movies that glorify brutality, glamorize thieves, criminals, adultery, and even hookers make a huge impression on young people. They need to see movies that give positive examples of life and conduct that they could emulate.

Instead of allowing movies to train us and our children, perhaps it is time to devote more time to your church, support your pastor and socialize with those with family values who successfully encourage one another to live a life without reproach with dignity, joy, love, and determining to grow closer to God and Jesus.

It has been proven that the other way does not work. This one absolutely does. As the former spokesman for Men's Warehouse would say; (lower your voice) "I guarantee it."