October 3, 2018
One of the most famous TV captures, during the Brett Kavanaugh hearings, was an elevator containing Sen. Jeff Flake opening its doors as two women ambushed it keeping Senator Flake unmovable inside. They had heard him say he would vote for Judge Kavanaugh and yelled at him to not do so. Not asked politely, mind you, but yelled at him like savages. And why did nobody interfere?

This writer was fascinated how bold these women were to confront a United States Senator in his private space and talk so rudely to him. Of course, curiosity raised its inquiring head and armed with pencil and pad, this citizen journalist bounded out leaving the cape behind.

The two women, we learned, were Ana (editors don't panic, only one "n") Maria Archilaaccompanied by Maria Gallagher (a Spanish Irish Mix?) and they proved to be what this scribe suspected. They both are useful idiots on the payroll of George Soros.

When any disturbance to disrupt a procedure explodes, one can safely bet that George Soros and his money is the culprit behind the disruption.

He has a couple hundred such organizations which are....tax free. Yep, we pay for Soros to set up his compounds in America designed to take over our country and put us all under his thumb. All these deceptively named organizations appear to be patriotic.

Archila's partner in tandem, Gallagher, is also generously paid by Soros who is burning with the ambition to take America down, turn it into a Communist country with him becoming the potentate of the world.

Soros, who owns and runs the Democratic Party is experiencing the panic of his life. If Judge Kavanaugh is confirmed to the Supreme Court, all Soros' dreams will turn to nightmares since America would become a stronger world force.

There has been enough written about Soros to show that he is the most evil man on earth. He can and should be arrested for Treason and Sedition. If President Trump would like to improve relationships with Russia, he could allow Russian soldiers to come, arrest Soros and take him back to Russia, that has an international warrant out for his arrest.

He is the individual who has agitated blacks against whites in anticipation of a big race war which would substantially weaken America. He is behind every riot bringing out the worst amongst all people. It is time for that to stop.

Numerous so-called stars plan a protest today, Thursday October 4th, against the nomination of Judge Kavanaugh to the Supreme Court.

Headline seekers, Lena Dunham, John Legend, Amy Schumer, and Alicia Keys are among those scheduled. They are calling this protest #/CANCEL KAVANAUGH."

It will be held outside the E Barrett Pretty-man Federal Courthouse in Washington, D.C. around noon.

The organizers have stated that they will target the Senators who have not solidified their vote on Kavanaugh as of yet. Patriots should be welcome.

GOV. MOONBEAM SEZ NOT TO PREVENT SUICIDE BUT TO ASSIST IN IT!

The goof-ball governor of California just signed a bill. AB 282, stating that it is OK to aid, advise, or encourage people with suicidal thoughts. In other words, this is another twist on the law of euthanasia allowing those to be killed who do not want to be killed, according to Jim Kouri of NewsWithViews.

This bill would allow a doctor or nurse to "aid," "advise," and "encourage" you to take suicide pills. And this new law lets a relative, who could financially benefit from your death, to sign an order giving you suicide pills," said Charles Finneman, a criminal psychologist with the American Federation of Police and Concern Citizens. 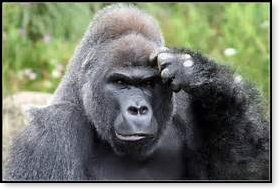 "Now the law in California says that it is okay to aid, advise, or encourage people with suicidal thoughts to actually go through with killing themselves," according to officials with Life Legal, a nonpartisan, non-profit oversight group. "We refuse to stand idly by as California and the rest of the nation proceed down this deadly path."

Today, the news of the world makes no sense. Things have become so screwy, that this writer is now going out for a long walk.


We thank Reader Contributor Lawrence Craig for alerting us to this story.