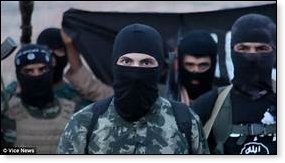 BOISE, Idaho 8/27/19 – Idaho is considered one of the most conservative states in America. The people are cordial and friendly church-goers, apple pie, and family beings. Even so, the LGBTQ has gathered here in full force, organized with an almost compulsory order for citizens to attend the Pride Parade once a year, as well as showing up with their signs and rainbow flags for one protest after another at City Hall.

There is now some crime in Idaho since they have taken in refugees. One apartment building was dedicated for Muslims to live in, paid for by the government from our tax money. Not too long after they settled in, a young Muslim stabbed a six year old girl to death on that property.

In Idaho Falls, a Muslim family was given an apartment in a building, paid for by our taxes. After two of the young boys in that Muslim family found a six year old girl in the laundry room, they forcibly raped her and if that was not enough, they then urinated on this little girl who will never be the same. But the family were not arrested or sent on their way. What is more, the Obama placed attorney general notified the public that if anyone spoke badly of this Muslim family that charges would be filed against them. I kid you not. Indeed that was published in the Idaho Statesman.

After all, we DO need diversity doncha know. That is what our government and everyone else is telling us. And so we are experiencing diversity in its fullest along with other cultures and lifestyles which is the only thing that can really round us out, so they say.

And too, Idaho is the fastest growing state in America. Apartment buildings are springing up on every piece of vacant land and they fill up quickly as housing prices rise. Schools are now overcrowded, traffic has tripled in the last couple of years, and of course, crime has come to the area full force. There are now no safe states to live in.

Adree Edmo was rightfully arrested and jailed for sexual assault of a child. While serving his sentence, Edmo who is male, insists that he should be a female and has filed a lawsuit claiming the justice system MUST provide him with "cross-surgery." Edmo is a criminal of the worst sort who is now screaming for his 'rights.'' The opinion of this columnist is that a convicted criminal, especially a child molester has no rights except to serve out his sentence for doing evil. He deserves no favors or special treatment.

However, the 9th U.S. Circuit Court of Appeals ruled that the Idaho taxpayers must provide this surgery, even for convicted sex offenders. Adree Edmo, the 31 year-old convict sued the Idaho Department of Correction and its medical provider alleging the state's refusal to provide 'gender reassignment surgery' was, now get this, cruel and unusual punishment. To put further salt on the wound, the far-left 9th Circuit, agreed and said this: "Refusing to pay for an inmate's sex surgery is a violation of the U.S. Constitution. This writer has never seen this in the U.S. Constitution. Perhaps this is the constitution of the LGBTQ which has now become national law and a dictatorship..Next homosexual behavior may be required..

First of all this goes against all of God's laws and the laws of society. Everyone is born male or female. Only houses are to be remodeled. Not people.

This columnist is a supporter of Governor Little and urges him to understand that as long as there is one homeless veteran on the streets, any money in the till MUST be used to rescue that veteran and get him or her into housing. That money is not to be taken away from the veteran for the furtherance of sexual perversion.