Hassan Nurullah
The soul of Republicanism!

May 31, 2011
This article sprang from a discussion I had on the conservative social network, "Freedom Torch". I felt it necessary to expound on the very idea of conservatism and the nature of the nation our Founders established for us!

So many of the Founders thought it wise to emphasize that the birth of the United States of America would not have been possible, apart from the aid of "Divine Providence." It seemed almost like a mania. 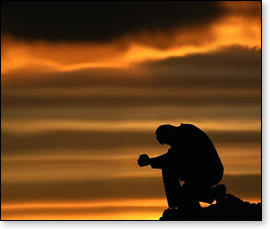 Even the Founders, known for holding less than orthodox views of Christian faith, acknowledged the role Providence played in establishing our Republic. In an address to the Constitutional Convention Ben Franklin asked this poignant question:

"In the beginning of the contest with Britain, when we were sensible of danger, we had daily prayers in this room for Divine protection. Our prayers, Sir, were heard, and they were graciously answered... do we imagine we no longer need His assistance?"

At the same convention of 1787, James Madison, the "Father of the Constitution," offered Isaiah 33:22 as the inspiration for our redoubted triune system of government.

"For the LORD is our judge," the (Judicial branch)

"The LORD is our lawgiver," the (Legislative branch)

"The LORD is our king; the (Executive branch) He will save us."

The nature of my conversation on Freedom Torch highlighted what comes across as two camps within the conservative community. We find the secular camp: uninterested in social issues like abortion or defense of marriage. This is most often the camp Libertarians identify with, as so much (not all) of their political philosophy is derived from Ayn Rand's Objectivism; Rand herself was an atheist. I have met a few religious Libertarians.

Not limited to Libertarians, there are also religious Republican conservatives who also argue against the prominence given to social issues. Conservatives able to compartmentalize their faith and support a candidate they think can win, even if they may not agree with that persons stance on spiritual matters like the right to life.

These are the folks that are most often likely to see the "religious right" as a detriment to the conservative movement, insisting one can't lure Independents to our side with "all that abortion and gay marriage talk."

These conservatives speak of values and their importance, without caring from whence those values were derived. After all, the Founders fought for religious freedom, did they not? They did indeed!

However, it does not follow that because we have religious freedom in America, all faiths are equally valid, or are equally useful in determining American morality or political thought.

"We have staked the whole future of American civilization, not upon the power of government, far from it. We've staked the future of all our political institutions upon our capacity...to sustain ourselves according to the Ten Commandments of God." — 1778 to the General Assembly of the State of Virginia

If you believe any old values will do, secular values based on naturalism or values culled from the various world religions, you really don't grasp the soul of American republicanism. You really aren't for conserving America in every intrinsic way!

Our nation was not founded upon the sentiments of some generic ecumenical god, but rather the immutable God of the Holy Bible.

The second camp in modern conservatism is the one which recognizes this fact and has apprehended the simple idea that apart from the values that inspired the Constitution, it is unlikely any politician or citizen will make the right choices on any of the issues conservatives hold dear with any consistency.

In a letter to one John Murray, Jr. dated October 12, 1816, John Jay, the first Chief Justice of the United States Supreme Court upheld this notion when he wrote:

" Providence has given to our people the choice of their rulers, and it is the duty, as well as the privilege and interest of our Christian nation to select and prefer Christians for their rulers."

That type of thinking did not occur in a vacuum! The founders of this nation had no intention of constructing a secular nation based on natural law or any nebulous concept of a God ever at the mercy of mercurial human fashion. The precepts acting as our philosophical corner stone had to be set and unchanging.

In 1777, the Continental Congress called for a day of Thanksgiving for the victory won at the battle of Saratoga:

"Forasmuch as it is the indispensable duty of all men to adore the superintending providence of Almighty God; to acknowledge with gratitude their obligation to him for benefits received... to offer humble and earnest supplication that it may please God, through the merits of Jesus Christ, mercifully to forgive and blot our sins out of remembrance... and to prosper the means of religion for the promotion and enlargement of that kingdom which consisteth 'in righteousness, peace, and joy in the Holy Ghost.'"

This spirit of humility towards and reverence for the God of the Holy Bible carried on after the war as illustrated by George Washington, in a statement to all the states' Governors in 1783:

"I now make it my earnest prayer, that God would have you, and the State over which you preside, in his holy protection . . . that he would most graciously be pleased to dispose us all to do justice, to love mercy, and to demean ourselves with that charity, humility, and pacific temper of mind, which were the characteristics of the Divine Author of our blessed religion, and without an humble imitation of whose example in these things, we can never hope to be a happy nation."

Secularists on both sides of the political aisle advance the specious notion that Holy Scripture is subjective and therefore inherently unreliable in politics. Like the Holy Bible, the Constitution is open to interpretation and the authors true intent difficult to know with objectivity. This was not the thinking of America before socialism began spreading in our country.

This is not "God" in a generic pan-religious sense! It is not the Buddha, Vishnu or Great Spirit! Nor is it Allah of Islam or any Winfreyian Celestine prophet, but rather the "Redeemer of mankind"!

Try as the secular left and right may to expunge them from public consciousness, the works of the overwhelming majority of our Founding Fathers, as well as the American public record are veritably toxic with statements like we find in the Holy Trinity Church v. U.S. ruling. This is so because our nation once believed truths like this:

Hearken now unto my voice, I will give thee counsel, and God shall be with thee: Be thou for the people to God-ward, that thou mayest bring the causes unto God: And thou shalt teach them ordinances and laws, and shalt shew them the way wherein they must walk, and the work that they must do. Moreover thou shalt provide out of all the people able men, such as fear God, men of truth, hating covetousness; and place such over them, to be rulers of thousands, and rulers of hundreds, rulers of fifties, and rulers of tens: Exodus 18:19-21

I believe the majority of Americans still believe. Nonetheless, too many of us have allowed various forces to control the publics thinking. We have allowed those voices to downplay the role God should play in our everyday decision making processes.

This does not mean, as the reactionaries would assert, that the Christian church should control our public institutions. It simply means that we should think on the precepts of God when making decisions, especially political decisions effecting millions of lives in America and abroad.

What the founders knew and so many of us have forgotten, is this: If you do not base your laws and thinking upon the immutable precepts of God, as I alluded to earlier if you cannot get the basics like protecting unborn life right, how can you expect someone to be wise enough to make the proper vote on a balanced budget?

That is the reason everywhere liberalism reigns you have misery and lack. Liberals base their ideas on man's wisdom and disregard the truth within the wisdom given us by the God of our fathers.

There is a way which seemeth right unto a man, but the end thereof [are] the ways of death. Proverbs 14:12

All that being said, we need to keep in house debates... In house! We need a change in the White House. I admonish those of us inhabiting the right; to not do something that I myself have been guilty off.

Do not write or speak ill of the Republican candidates opposing your favorite. It is good to be passionate about your pick. Extol your candidates virtues for the entire world to hear, but let's not do it at the expense of another candidate.

In other words, no hit pieces on the shortcomings of the various Republican candidates that can be used against them by the left if they win the nomination. Nothing fills a liberal with glee more than being able to say, "Your own side says this or that about you."

Let the left do the dirt digging — If a candidate has bad ideas or questionable issues on our side, it'll eventually come out.

* God bless David Barton, if I had my druthers, he would be Secretary of Education for life