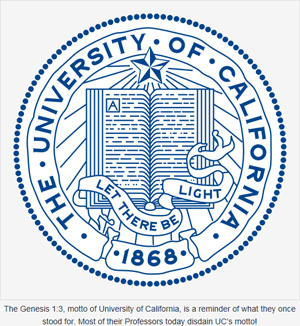 Christianity created the University. From Cambridge & Oxford to Harvard & Yale, Christian Scholars created the University as a place where students would not only study the stuff of the Universe but the Creator of the Universe. Think of the word, "University." UNI-VERSE or "Single spoken sentence." Thus back in the day Christian Professors and their Christian students who knew Hebrew, Greek and Latin understood that Genesis 1:1 declared to the word, "In the beginning GOD created the Heavens and the Earth." God spoke and it was so. God spoke and out came stuff. Super-Natural stuff. The heavens, the earth and mankind with a soul.

It not a coincidence that five hundred years ago, Theology, the study of God, was called, "the Queen of Science." ALL disciplines flowed from the presupposition that GOD was the origin of ALL disciplines. Around the time Marxism, Darwinism, Socialism kicked into high gear in Europe circa 1870's and eventually America, they attacked the Christian University Super-Natural Worldview with a Naturalistic philosophy that denied and lied about Genesis 1:1.

Being a student of history since the Sixties and a instructor of history since the Seventies, I have experienced first hand the demise and gradual collapse of Western Christian Civilization and the latest Campus chaos and intolerant demands for safe spaces and eliminations of micro-aggression's illustrate the acceleration of that collapse.

I still remember in my undergraduate work at Arizona State University in the mid-seventies, the academic denigration of Western Civilization and Christianity and the veneration of Multiculturalism and Ethnic Studies at expense of Truth. I gradually began to realize that something had gone awry and was imbalanced. Now don't get me wrong I think it is important to have a broad liberal arts education where one learns about the various religious, cultural and politcal worldviews that life has to offer. However, not all religious worldviews and politcal paradigms are of equal value and of a virtuous substance that advances the sacredness of life and liberty.

What we see on College campuses today in America is no different than the Radical Lefty Marxists, Socialists and Anarchists of European Universities from the 1840's all the way up to the 1960's. Many of their anti-Christian ideas have come to fruition and are ripe-ready to bring down the Glory that was once one of the key pillars of Western Civilization. The Christian University. 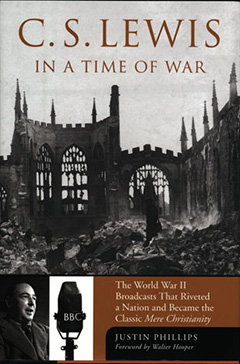 This is THE bottom line. Our Republic under God, Western Civilization and the University is under assault from a number of influential institutions, in the name of diversity, tolerance and truth. These institutions are profoundly narrow-minded and uniform in their disdain of Christ and Christianity, intolerant of Western Civilization's contribution to Life and Liberty and proud in their perpetuating, indoctrinating and disseminating the denial of Genesis 1:1 and John 3:16.

In these Dark times of 2015 A.D. Anno Domini-Year of Our LORD-Jesus, let us with grace and wisdom declare the LIGHT of God's Truth that is so self-evident. Merry CHRIST-mas!