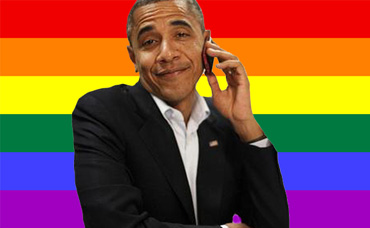 SAN MATEO, CA (11/18/14)--Indentured Servitude is a phrase seldom used today. It is time to re-introduce it and put it boldly front and center since it's meaning now has particular significance.

Indentured Servitude means that one is compelled against his will to provide a service to anyone who demands it. You not only are forced to provide what they want, but the law will come down hard on those who are reluctant to comply.

This especially became obvious during slavery. Before the Civil War, slaves and indentured servants were considered personal property and could be bought, sold and inherited. This included the breaking up of families, if the "masters" decided to sell one or both to different "owners," in different locations. The slaves had no rights.They had to do exactly what the "Master" told them to do.

While we believe that Indentured Servitude began in England with apprentices, there is scant history to totally support that. However, it was from England that many came to America with their travel fare paid by someone who met them at the docks and brought them to an estate where they would be a servant for as long as the master wanted them until the debt was considered paid in full.

Hong Kong today hold their citizens in that cage, which is common for any Communist country, where the citizens, under threat of severe punishment, do any task or work dictated to them by the leaders. That is Indentured Servitude.

Today, a photography studio in San Mateo, California was strong-armed out of business. They had declined to take photos of a same sex wedding. Even though the referred the pair to an excellent photographer close by who would do it, the homosexuals filed lawsuits and organized a hate campaign against the Christian photographers who received death threats and vandalism from the pink mafia until they had to close their doors.

This resurrection of Indentured Servitude has evolved to the more modern term, coined by the liberal enforcers, "equality" and "tolerance." And with that, all MUST be constantly available to fulfill every desire of service for whomsoever comes to them, no matter how that demand conflicts with deeply held religious and moral beliefs.

Last week in Albany, New York, the state Division of Human Rights fined a Christian couple, $13,000, for declining to host a lesbian "marriage" ceremony at their farm and home, where they hold weddings. The state ruling left them with two options – to host everyone or nobody. In other words, this couple balked at the imposed Indentured Servitude – forcibly serving those whose morals greatly conflicted with their own – and as a result, were pressured out of business.

A Christian cupcake shop in Oregon "declined to bake a cake for a faux wedding" and were forced to shut down their business.

In Ocean Grove, New Jersey, a Methodist (yes church group) refused to host a lesbian wedding ceremony in their seaside pavilion. They not only lost their tax-exempt status but were also driven out of business.

Yes, the church itself has been declared Indentured Servants to The Pink Mafia. Churches and their pastors MUST serve homosexuals by providing blasphemous ceremonies for them or face charges and chaos. Two Christian pastors in Boise, Idaho refused to do a wedding for two homosexuals in their wedding chapel and have had the law come down on their heads.

S. Truett Cathy, owner of Chick-a-fill-a, who died at the age of 93 on September 8, 2014, was a deeply devout Christian man. When asked for his definition of marriage during an interview, he stated that he believes that marriage is between a man and a woman. The hatred exploded and the LGBT group demanded and achieved a shut down of chick-a-fill-a restaurants on College Campuses and caused havoc to all of the businesses in the chain, determined to close them all down.

The great majority of Americans agree that it was established since the beginning of time that marriage is between a man and a woman. Marriage cannot apply to a same sex couple. However, provided for them are Commitment Ceremonies with recognition, plus a Power of Attorney assures them that each partner will be able to make decisions for the other, visit in hospitals, make life or death decisions and be equal in financial matters. They are not denied rights. They just cannot call their coupling, "marriage," which would be inaccurate.

In 1865, the Thirteenth Amendment to the United States Constitution ended slavery and INVOLUNTARY SERVITUDE, which is exactly what the homosexuals have re-established against all of us, to work for them under command, to do exactly as they want and provide any service that they want us to do for them, with no resistance.

There is no place for Indentured Servitude in today's society and even a suggestion of it should be confronted and defeated. It is time to take a strong stand in opposition to the Pink Mafia with petitions and blast faxes to any individual and so called, Division of Human Rights agencies that insist upon taking all freedoms away from citizens, especially Christians. And that includes the politicians who have sold out America for their own gain. They must all be put on notice with our petitions, faxes, office visits and phone calls. Who will take the lead?

Political Correctness, a term coined by Adolf Hitler, must be dismissed immediately. A strong stance against any threat to our families, our society, and America itself must firmly be established with strength that will show that we no longer will allow ourselves to be pushed over and into compliance by anyone, and that includes The Obama Administration.