NORTHERN IRAQ (2/3/15) – Obama's kin are, at this moment, beheading Christian children systematically after the city of Queragosh just fell to ISIS savages who pushed back Kurdish forces. This is the city that Crisis Relief International (CRI) has been smuggling food to for Christians. The ISIS murderers are now within 10 minutes of the CRI headquarters in Erbil. The UN has evacated its staff from there. The CRI team said they are standing firm but need prayer cover. 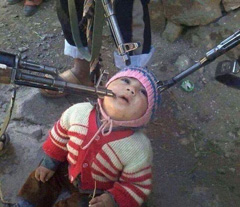 These are Obama's people who demand mass conversions to Islam or death to all Christians in the area, both young and old. Just days ago, the Muslims murdered 150 school children...why? When it was demanded of them to become Muslims, the children said in their innocent little voices, "We love Jesus." Those were their last words.

They were then taken out, lined up and shot to death. A photo sent to us showed that horrible scene. Another photo shows these thugs roughly taking their limp little bodies and tossing them into a mass grave. Cold hearted sub-humans, indeed the very embodiment of Satan. Some of the children are nailed to trees like a crucifixion.

The most outrageous of all is the photo (above) of an innocent little baby looking up as high powered rifles are aimed at its head just before the triggers were pulled. BASTARDS! Now HOLD ON – That term is used in the Bible regarding questionable birth and origins, which applies directly to the imposter in The White House, who refuses to show his birth certificate or any other records. He finally produced a 'birth certificate' from Hawaii which proved to be a phony since he was listed in the race box as "African American," a term NOT used during those years. The term used was "Negro."

Obama was born and raised in Kenya, which was proven by records found at the Kenya newspaper, which now have been scrubbbed from their site since we found it. He had a Muslim father, was raised Muslim, and stated in his biography that the sweetest sound he ever heard was the Islamic call to prayer. Islam was and IS his preferred religion and where his loyalty lies. Make no mistake about it.

He demonstrated his subservience to Islam by bowing low to the King of Arabia (for the world to see) and immediately following the Ft. Hood masacre of military personnel by a Muslim who had managed to get into the U.S.Army, Obama went directly to a mosque to remove his shoes and bow low in prayer, no doubt to proclaim: "Allahu Akbar."

He also has brought Muslims into government including to our Homeland Secruity Department. His intended complete takeover of the United States will have the full power and backing of his staff in high places when he halts the election in November of 2016 to use Executive Privilege to declare himself President (dictator-emperor) for life. That is the date the United States of America could end unless he is stopped in his tracks. And he can and MUST be.

Obama closes the gates of our country to Christians wanting to escape persecution for political and religious freedom, but will immediatley swing the gates open for terrorists and criminals who know for sure that thay will have an easier and better life in America along with any LGBT that asks.

Obama is not bothered by the slaughter of little children in Northern Iraq. After all, he is in direct control of the greatest slaughter of all, the cruel act of abortion where a little unborn baby who would survive outside the womb is suddenly torn apart-dismembered while alive and feeling intense unspeakable pain when a device with a sharp vice-like object is inserted into the womb, first snipping off the little legs, then the arms, then the rest of the torso as the little baby squirms in agony while dying. 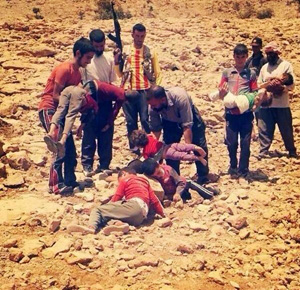 So far, Obama is allowing 3,562 ABORTIONS to take place EVERY DAY!. Think of the unspeakable HORROR these little babies feel as they are torn apart alive. Nothing in history could match this kind of inhumane cruelty against a little baby whose screams are muffled. Yes, it has been shown that pre-born babies scream. They feel pain. This does not matter to a spoiled mother who finds the baby, inconvenient nor the abortionists who profit greatly. They will of course give Obama any vote he wants.

But wait! Aren't there good Muslims in America? That is what we are fed to digest. Stop and THINK: They ALL follow the Koran which dictates death to all who will not convert to Islam, which directs the stoning to death any woman who is the victim of rape even though there are never any charges against any man or boy for raping any female, very young or older, and they are directed by The Koran they follow, to lie, to steal, to cheat, to kill and to rape.

If there are good Muslims in America, they can prove that by denouncing the Koran, the mosque and all Islamic teachings. Period. If they do not do this, they are not to be trusted. Muslims have been and are being deceived. The path they have been conned into taking will lead them straight to the pits of hell in the midst of agonizing flames of fire that will never be extinguised. And that is forever.

Over a million Muslims a year are leaving Islam and turning to Jesus Christ after He appeared to them, mainly in specific dreams, to tell them the truth, so vivid that these individuals immediately leave everything behind, belongings, money, family and run to safety to keep from being killed by their own people. This is how powerful the visit of Jesus was and is to them. 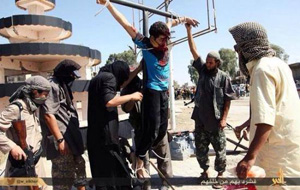 To look at the photos of those innocent and beautiful children and babies – yes, CHILDREN AND BABIES being brutally slaughtered by followers of Islam, whlle Obama is allowing Muslims to set up training camps in America (yes there are several) is a CALL TO ACTION! Obama can rightly be charged with TREASON

John Boehner must have the Sergeant-at-Arms escort Obama OUT of the Oval Office, then escort Joe Biden out, otherwise, Biden, who is almost as bad as Obama, would sit in the executive chair. This would mean that for the moment, The Speaker of The House, John Boehner would occupy the Oval Office until a special election could be called to install a legitimate president. As for enemies of Mr. Boehner, nothing could be worse than the imposter presently squatting in the "house of the people."

As for the Democrats, they had better take time to think long and hard about what they are a part of. The very thing they are pushing for Obama is the very thing that will eventually cause great suffering to themselves AND their loved ones as they find themselves gripped in a deadly combination of Islam and Communism which will not be a happy time. Obama is an active member of CPUSA that maneuvered him in.

Yes, I am angry and outraged with little restraint after receiving these photos of suffering little children at the hands of anti-Christian Muslims whom Obama fully supports. Christian leaders are never invited to The White House, even on The National Day of Prayer while Islamic leaders not only are welcomed there but given V.I.P. treatment anytime. Can't any American see something wrong with this picture?

Take action by looking at the home page of this site: http://www.renewamerica.com, where you will see steps that can be taken as laid out by editor Stephen Stone to get Obama out of The White House. Please do not delay even for another day. The count-down has begun.