"The facts must be faced: the pro-life movement is very sick. We must not be bridled...bribed or paid off by our government any longer...to HELL with the tax exemption!"  FOR profit pro-life leader, Randall Terry.

"Freedom is a gift from God. And when we have the freedom to say what needs to be said, we need to use it no matter what...corrupt bishops, unfaithful leaders, or liberals who run the show...may say in reply"  FOR profit founder of RealCatholicTV, Michael Voris.

Over the weekend my in-box was filled with three very dire yet similar e-mails from a trio of our country's leading (and most fearless) Catholic pro-life advocates. Although Father Thomas Euteneuer (current president of HLI) was talking about the terrible overturning of California's Proposition 8, Terry was lamenting the fact no other groups joined his Washington protest over the Supreme Court nomination of Elena "the Pagan" Kagan, and Voris was voicing his disgust for pro-life opposition within the Church, their prophecies all contained a common thread. Namely, in this era where the Culture of Death is in power, we can no longer afford to let the enemy go nameless; and yet most Catholic not-for-profits have compromised on this very point. 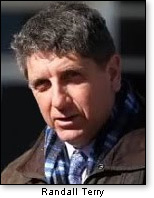 "Imagine," writes Terry in one of his irresistible analogies, "John the Baptist saying, 'There is a man in politics  who will go unnamed  who is doing something wrong...I won't say what [since] I cut a deal with Caesar  but I need you to send John the Baptist Ministries your tax exempt gift so we can fight government corruption!' Would you send him a gift? And yet that is exactly what you are doing when you send money to the group who says 'We must choose life on November 2nd,' but refuses to name names." Voris, besides agreeing with Terry that the government money is like an insurance policy against not-for-profits saying, "No Christian in good conscience can vote for Barack Obama because Obama supports the killing of babies..." adds in his video entitled "Freedom" that many so-called Catholic groups are actually run by liberals who support Obama and his pro-death agenda. 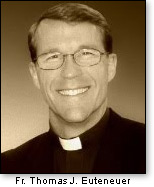 Meanwhile, Father Euteneuer, who doubles as an exorcist (perhaps Obama could use one of those too) when not dealing with the president's deadly policies, agrees with his predecessor Fr. Marx that gay marriage, coupled with abortion, forms the one-two punch that could knock out Western Civilization for good. "Ancient Greece's rapid decline was immediately preceded by the proliferation of the gay lifestyle and it's public acceptance," notes Euteneuer. "Why is gay marriage wrong? Let me count the ways. It violates the will of God as seen in scripture. From Genesis 1 to Revelations 21, God has only one model of marriage and it is not gay. All of society suffers when...an intrinsically disordered lifestyle...becomes a 'human right.' And by distorting the concept of parenting, the Vatican says gay marriage 'does violence to the child,' a violence... society cannot long survive." Euteneuer and Human Life International are the exception; a not-for-profit that preaches the Truth, unafraid of losing their tax-exempt status. Father Tom has always taken on opponents of life, including Obama, by name, and thus when he asks, "Will we accept the challenge to defend the sacred?", he expects us to do so too, regardless of the consequences.

Yes, as hard as it is to imagine our Catholic parishes, radio and TV stations, magazines and newspapers speaking out for specific pro-life candidates and against those who aren't, it would probably take a miracle for Catholic universities like Notre Dame to now turn down the billions in endowments and become once again free from secular influences. But the fact that we are losing the battle (and ironically the heads of not-for-profits usually live a much more comfortable lifestyle than their so-called Catholic "profit" counterparts) is all the more reason to approach your Catholic editor, pastor or school president with a call for calling out the enemy. And if they refuse, perhaps it's time to put your time and money behind someone who will. The Terrys, Vorises and Euteneuers may not save the world, but they sure as heck won't compromise with it either.