You understand, or course, that when rank and file Americans are angry enough to join the Tea Party to push back against official Washington's insistence on loading more debt on the backs of their grandkids, they are called vile names for daring to protest.

But when liberals lose because of the Constitution that gives this nation its freedom, no cause can be holier than their effort to obliterate whatever stands between them and absolute power.

Thus the Electoral College is in their line of fire. They could go about making their change through the constitutionally-provided amendment process, requiring the green light from three-fourths of the states. But no: better to bring it about by ramming it through when the voters are not looking.

If they succeed, count on it: 14 populous states, possibly even fewer, and most of them leaning Democrat — will decide most, if not all presidential elections for the indefinite future. That would leave anywhere from 36 to 39 states effectively disenfranchised. Over time, state boundaries could mean little or nothing.

One of the reasons we have the Electoral College (based on the total number of congressmen and senators in each individual state) is to encourage the ultimate winner of the White House to appeal to voters in many diverse states of varying sizes, with varying interests in different regions, and with their own local traditions.

Only four times in our history have the winners of the popular vote been denied entry to 1600 Pennsylvania because of a failure to attain the Electoral College total that is required. That happened in 1824, 1876, 1888, and 2000. 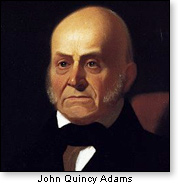 1824 was a special case where John Quincy Adams ended up the winner over Andrew Jackson, who led badly splintered factions and in which neither major party candidate won a majority of the electoral or a popular majority of the vote. In fact, the electoral vote at the time was not universally measured. The vote was thrown into the House of Representatives, which decided to award the election to Adams. (Four years later, Jackson would win outright when he consolidated the factions of what is today's Democrat Party.)

In each of the other three instances cited above, one candidate attained the popular vote but the other candidate won the Electoral College and thus ended up in the White House. In 2000, the case was ultimately decided by a 5 to 4 Supreme Court decision.

Comes now some organized mischief whose ultimate goal is to perform an end-run around the Constitution and undo the Electoral College via the back door. And once again (surprise!), the effort is largely bankrolled by George Soros (whose aim is to transform the United States of America into a socialist state). Old Uncle George shrugs off criticism that his stealth attack on freedom-loving America amounts to "opportunity for me, but not for thee." Furthermore, he thinks his money talks and says you and I will obey his orders. Or as his staff people have gleefully warned, "That ship has already sailed."

Much of the latest information on this operation aimed at America's downfall is outlined in the book Fool me Twice (which we previously reviewed in this series (see Part 7). In the final chapter of their carefully documented study, Aaron Klein and Brenda J. Elliott inform us that "under a second Obama term, the chances of success [of the Soros effort] would be enormously increased. In that case," the authors add, "[the scheme] would forever change the way Americans elect their president, and the American political landscape would be permanently altered in favor of the left."

In 2007, my own state of Maryland (where the term "the people's republic of" is not a laugh line) became the first state to go along with this scheme — known in Orwellian-speak as "national popular vote project."

Maryland, the "free state" — and to some, that is a laugh line) has agreed to allocate all ten of its electoral votes to the candidate who won the most votes nationally — regardless if the same candidate did not carry the state of Maryland itself. Similar measures soon afterward were agreed to in California, Hawaii, Illinois, and Massachusetts, plus the District of Columbia. Other states were working on it. 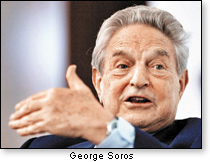 The aim is full implementation by 2020 at the latest (allowing for court battles, congressional hearings, etc.). As a matter of fact, 2020 was identified several years ago as the year when Soros was hoping to replace our Constitution.

A small number of states — actually as few as 11 — could decide who is going to be the President of the United States. If President Obama wins the 2012 election — with more "flexibility" and no pesky voters to sass him back — he will be free to stiff the American people whose values have earned his contempt. (Or as he puts it, "those people who cling to their Bibles and their guns.")

Alas, the plot to steal our elections is a never-ending process.

Fool me Twice also includes the "scandalous fact that a foreign-based company — Scytl — is implementing or taking over hundreds of new online U.S. voting systems."

You didn't know all this? Really? You're telling me the establishment media haven't been playing it up in banner newspaper headlines? No "special alerts" on TV? Hmmmm. Wonder why? Oh, that's right. The car chases are so much more important. "If it bleeds, it leads." I get it.

One blogger reported earlier this year that "Barcelona-based U.S. voting reporting firm Scytl has acquired 100 percent of SOE, the leading software provider of election management solutions in the United States. SOE operates under the name ClarityElections.com." 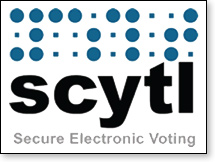 The blogger, Beverly Harris, according to Klein and Elliott, organized a national citizen action to videotape poll tapes in 2008. "With the merger of Scytl and SOE, that will [no longer] work."

MarketWatch.com tells us that the merger has increased Scytl's involvement in America's electoral process.

Harris adds that "with Scytl's internet voting process, there will be no ballots. No physical evidence. No chain of custody. No way for the public to authenticate who actually cast the votes, or the count."

But hey, don't worry about it. If we get another four years of Obama in the White House, Eric Holder running the Justice Department, ACORN — ahem — working the electoral process, and old Uncle George to keep the money machine rolling along, everything will be cool. Right?