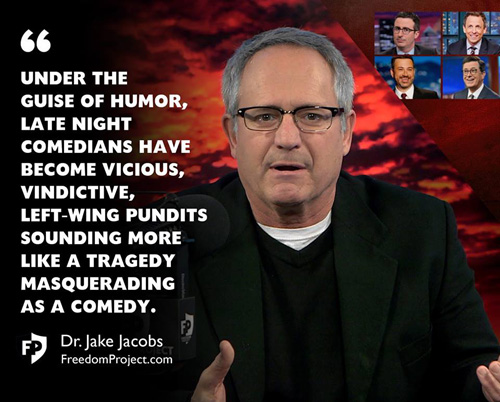 Last week we covered certain segments of Hollywood culture that had an affinity for Communism in the 1930's, 40's and 50's. The Hollywood of today is not much different. In fact in many ways it is much worse. There are a preponderance of Hollywood Actors, Comedians, Directors, and Producers who have a hatred for Christian, Traditional, Conservative, Capitalistic and limited government ideas that fly in the face of their "LaLaLand" Lefty-ism.

These multi-million dollar celebrities are the epitome of hypocrisy as they freely attack the very ideas and values that help them make mucho capitol in our free enterprise system selling their Hollywood goods. Most of Hollywood is driven by a hard core-Left-wing ideology of gun-control, globalism, climate alarmism, redistribution of wealth, welfarism, open borders, sanctuary cities, abortions on demand, destruction of the traditional family, support of socialism and support of Democrat political candidates.

Whether it is Bill and Hillary Clinton, John Kerry or Barack Obama, Hollywood mucky mucks suck up to power as DC power sucks up to Hollywood for the BIG bucks! Just recently we saw the elite-media go crazy as they called for Oprah to run for president in 2020 as she blasted Hollywood sexual harassment. The problem is Harvey Weinstein and the a sundry of Hollywood perversions that have plagued Hollywood for decades has been common knowledge for years as Oprah and her colleagues have looked the other way climbing their ladder of success. Now that that rat-cat is out of the bag in pompous arrogance these actors "act" as if they now care.

These actors tells us conservatives, republicans and Christians are mean spirited and perpetrators of violence as Kathy Griffin portrays the decapitation of President Trump's head or Johnny Depp jokes about killing President Trump in England and Robert De Nero calls for violence against President elect-Donald Trump.

Gun-control advocate Mark Wahlberg declared "I believe Charlton Heston is America's best villain because he loves guns so much. Maybe he should get the award for being president of the National Rifle Association" and yet Wahlberg's character in Planet of the Apes uses a gun to defend himself and other humans from the apes who would rule over them. George Clooney upon hearing the NRA President Charlton Heston had alzheimer's opined "I don't care. Charlton Heston is the head of the National Rifle Association He deserves whatever anyone says about him."

Unlike in my day, sadly Late night comedy has evolved into a hate-fest toward conservatives, Christians, republicans and President Trump. From Trevor Noah, John Oliver, Seth Meyers, Jimmy Kimmel and Stephen Colbert they under the guise of comedy become vicious and vindictive left-wing political shows that have become a tragedy masquerading as comedy.

While I love great movies that educate and entertain and comedians that make us laugh after a hard day at work let hope and pray that we can find more wise and sane creative artists to bring Hollywood back to it's glory days.