Republican U.S. Senators pulled a fast one, while conservatives across America are focused on supporting the important efforts to defund – and eventually bring down Obamacare. These U.S. Senators are clearly telling us that they are only interested in fiscal problems, but not moral issues that are having devastating effects on public policy. Another episode of willful delusions in government.

There is a reason why I ran for the United States Senate, as an AUTHENTIC CONSERVATIVE Republican (On the Ballot 2012): to fill the void of authentic conservatism in the U.S. Senate! 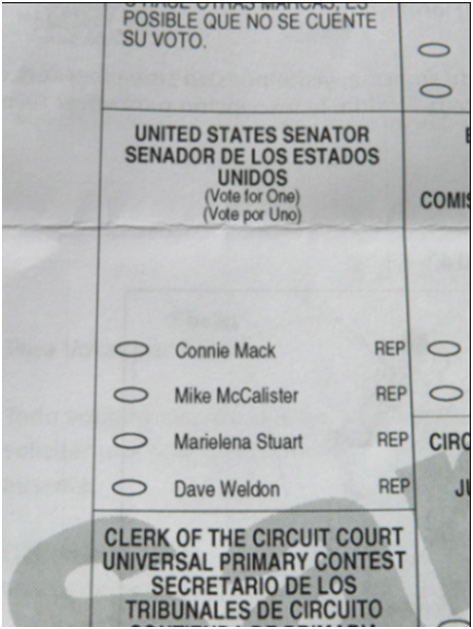 Here is another evidence of the tragic reality that we are facing:

Todd M. Hughes is an openly homosexual judge, appointed by Barack Obama. He was confirmed 98-0, to serve on the U.S. Court of Appeals for the Federal Circuit. Republican U.S. Senators who are being paraded as "conservatives," were part of this travesty.

"This afternoon, the Senate unanimously confirmed Todd Hughes to serve on the United States Court of Appeals for the Federal Circuit. Like all of the President's judicial nominees, Hughes has the intellect, experience, integrity, and temperament to be a successful judge. He is also gay.

The United States Courts of Appeals are the second-highest courts in the nation – a level just below the Supreme Court – and there has never been an openly gay judge to serve on a Court of Appeals until now. Hughes's historic confirmation is yet another "first" among President Obama's federal judges."

So Todd M. Hughes's sexual recreation as a "gay" man is extolled as a virtue – and is part of his qualifications to serve as a judge in the second-highest court in the nation.

What can we expect next?

And these Republican Senators, who call themselves "conservatives" – had the audacity to cast a "Yea" vote, in support of Barack Obama's pro-homosexual agenda.

The traditional family is under vicious attack by an army of legislators who push liberalism and materialistic atheism – as they advance homosexual "marriage" – in their pernicious homosexual itinerary.

Meanwhile, it is very clear that it's all about money and political expediency, for these feigned conservative Republican U.S. Senators.

Yes, of course, we want to get rid of Obamacare. But trusting these politicians with your money, when you can't even trust them on moral issues that are having devastating effects on public policy – is called willful delusions in government.