November 1, 2010
Meeting the bullying tactics of the Obama Administration's Department of Justice with its suit against them for "voter intimidation" head on, the King Street Patriots held a press conference on Thursday, Oct. 28 openly inviting the DOJ to send in, "...federal election monitors and staff from the Community Relations Service..." to see for themselves the unbiased dedication and honesty of the True the Vote initiative 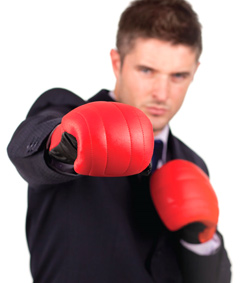 trained poll watchers, who have come under increasing verbal and physical abuse for reporting irregularities at polls notorious for voter fraud.

Speaking for the King Street Patriots was their Liberty Institute lawyer, Jonathan Saenz, who enumerated the harassment the poll watchers have endured from verbal abuse and veiled threats all the way up to being physically manhandled and assaulted.

Saenz said, "We are so concerned by these attacks against volunteer poll-watchers, most of whom are stay-at-home moms or elderly, that we have asked the Justice Department to help and even attend True the Vote poll watcher trainings. Having poll watchers is not only the law, it is crucial in a free society that all candidates and parties can see and make sure the election was held with integrity. Being attacked for fulfilling that civic role is inexcusable."

King Street Patriots leader, Catherine Engelbrecht, backed up Saenz's statement when she took the mike and commented, "Many of the poll watchers being attacked are soccer moms and senior citizens, who volunteer their time because they love their country and want to ensure a free and fair election. The True the Vote poll watcher trainings are for anyone who wants to get involved. Attacks on silent poll watchers are not only against the law but shameful."

King Street patriots and the trained poll watchers have come under increasingly slanderous and libelous attacks from the local and national media along with prejudiced commentary from organizations like the NAACP. From the aggressive tenor of the agenda-driven questions asked as exemplified by the local Channel 26TV FOX affiliate at the press conference, the reporters there seemed to think that the King Street Patriots and the poll watchers were the ones, who had created the hostile atmosphere at the polling places originally.

This was countered by actual poll watchers themselves coming to the podium as credible witnesses to counteract the false and misleading news reporting by Main Stream Media outlets.

First to speak was poll watcher, Shirley Andries, who said she saw clerks at her polling place literally showing hundreds of voters how to vote by "assisting" them, mainly how to vote a straight Democratic ticket. She mentioned one incident where a clerk aggressively questioned one voter over their choices then ordered them back into the booth to change their ballot selections to a straight Democratic Party ticket.

Next up were husband and wife team, Tom and Francine Fiesel, first time volunteers, whose harassment at the polls included verbal abuse and veiled threats to their homes and families. Their first problem came when a voter complained that the Fiesels were white followed shortly by a member of the clergy coming in to yell abuse at them. Poll watchers must supply personal information in order to be accredited and the judge at the polling place the Fiesels were at handed over the Fiesels' personal information to this gentleman, who then faxed it. The Fiesels reported that the clergyman acted like he was in an official capacity and the clerks cooperated with him fully.

While recounting their harrowing experience, Francine's broke into tears and her husband, Tom, an Iraqi war veteran, had to finish up. After the press conference was over, he admitted to this reporter that dodging bullets in Iraq was less frightening than being a poll watcher in Houston.

However, Tom went on to confirm their commit to ensuring the integrity of the voting process by saying, "Voting is sacred, the bedrock of America."

The final poll watcher witness was Melinda Kinley, who appeared on video to recount how she was manhandled by a clerk, who grabbed her by the arm and shoved her hard away from a voting booth when she saw that clerk reaching inside the occupied voting booth with both hands.

Saenz then came back to the podium and told the reporters that the lawsuits being brought against the King Street Patriots were baseless, purposely harassing and a form of intimidation. Saenz emphasized that the poll watchers are all volunteers, not employed by the King Street Patriots and that their training, through the True the Vote initiative, adheres strictly to election law.

Besides calling once again for the DOJ to send officials to investigate the attacks on the poll watchers, Saenz finished up with saying that in the process, the DOJ would also then be able to investigate the actual and clearly illegal electioneering of elected officials inside minority community polling places.